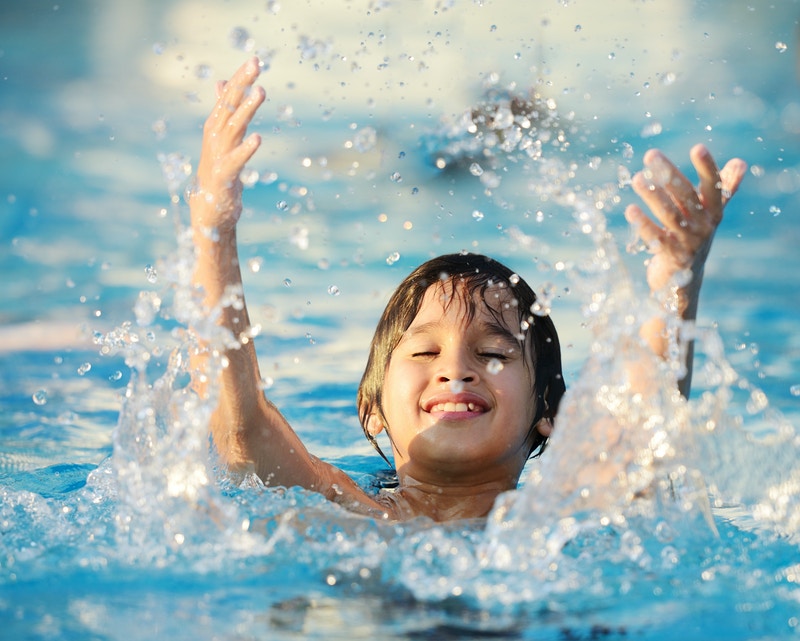 Did you know that triathlons originated in France during the 1920s? Since then, it has become a popular competing event. The triathlon involves multiple stages of vigorous competing. A typical triathlon include cycling, swimming, and running segments. There are many ways to train for a triathlon, but here are some of the main triathlon training program concepts you should keep in mind for the swimming portion.

1. Practice swim training for triathlons several times a week. If you have trouble in the beginning, do not feel bad about taking small breaks during your workout. This goes for running and biking as well. Swim 25 yards eight times, then swim 50, 75, and 100 yards, taking a five minute breather after each distance. Practice a 10 times 100 yard workout several times a week once you can get through the basics.

2. It should go without saying, but start triathlon swim training workouts months ahead of your triathlon. Asking for tips on your freestyle stroke two weeks ahead of time is not going to help you become a winning triathlete. Experts recommend swimming with your hips high and head low for good swimming form.

2. Correct breathing form is as important as your strokes. Bilateral breathing is standard, which means, alternating the side you breathe out from. This helps keep you from veering off to one side. Blow bubbles out while you are in the water, so that when you turn the face to the side, you only need to inhale, not exhale and inhale at the same time. Breathing in and out in one go requires you to lift your head too high, is uncomfortable, and interrupts your speed. Comfort should be a component of the swim portion of your triathlon training program.